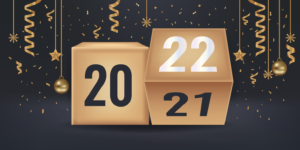 2021 has been a busy year, filled with ups and downs, including some significant challenges for our province. But as the year draws to a close, we wanted to share a look back on some of the positive changes and new developments that the year has brought for the building sector. Throughout the year we have worked with our UDI members to support our policy and advocacy work, and these changes wouldn’t have been possible without your support.

FEDERAL/PROVINCIAL
Less than a year after B.C. held its most recent Provincial election, voters were again asked to cast their ballots, this time in a September Federal election. Canadians returned a Liberal minority government, who had campaigned on a wide-ranging platform including many new housing initiatives. UDI created a summary of the housing commitments made by the Liberals in their campaign platform, and just this month, the ministerial mandate letters were released, solidifying this government’s intention to focus on housing.

Over the past year we have seen a shift in the public dialogue around housing, towards a greater acknowledgement that considerably more housing supply is needed to address affordability. In June, the Canada-B.C. Expert Panel on the Future of Housing Supply and Affordability released their final report, Opening Doors: Unlocking Housing Supply for Affordability. This report highlighted the need for more homes to be built in order to support greater affordability, as well as several recommendations for the Federal and Provincial governments. UDI advocated for the Province to consider the Panel’s recommendations, many of which echo UDI’s own advocacy initiatives. Brian McCauley, President and CEO of Concert Properties and a member of UDI’s Board of Directors, participated on the Expert Panel, alongside other industry leaders.

There were also a number of positive regulatory and policy changes over the past year which will increase clarity around the development process. In April 2021, the Office of the Superintendent of Real Estate, now part of the B.C. Financial Services Authority (BCFSA), announced that the temporary extension to the early marketing period for projects marketed prior to obtaining building permits and financing commitments under the Real Estate Development Marketing Act (REDMA) regulatory framework would become permanent. This change amended Policy Statement 5 and 6 with the 12-month period, effective May 1, 2021.

UDI has also been working with the Province concerning the Additional Property Transfer Tax for Foreign Entities & Taxable Trustees on the acquisition of residential property for redevelopment (the “Foreign Buyers Tax” or FBT). Last May, the Government approved Property Transfer Tax Regulation, B.C. Reg. 74/88, which came into effect on June 1, 2020. Under this Regulation, if a general partner of a qualified Canadian-controlled limited partnership purchases land, it is exempt from the FBT (even where a minority interest in the limited partnership is held by a foreign limited partner), provided that certain specific conditions are met. Over the past year, UDI has been seeking amendments to improve the Regulation. The B.C. Government has now amended Regulation 74/88. The FBT exemption now also applies when a bare trustee corporation acquires property by on behalf of the qualified Canadian-controlled limited partnership, again provided that certain specific conditions are met. The change was made retroactive to June 1, 2020.

Later in the year, more positive changes for builders were announced with the Ministry of Finance issued an Information Bulletin indicating they have extended the deadline for pre-existing registered owners of prescribed interests in B.C. land who are reporting bodies to file transparency reports with the Land Owner Transparency Registry (LOTR), giving them more time to complete their filings.

The revised filing deadline of November 30, 2022 responds to concerns from legal professionals in B.C. that pre-existing owners need more time to gather information about ownership and prepare to file. The LOTR filing requirements represent a significant change for impacted B.C. land owners, and the pandemic has also placed additional strain on the resources of many businesses. UDI, through the work of its Legal Issues Committee, has been actively engaged throughout the development of the Land Owner Transparency Act (LOTA) and the LOTR.

A big step for rental came in July, when new regulations requiring approval from the Residential Tenancy Branch to end a tenancy for the purposes of renovation or repair were implemented. These changes were announced alongside a process to support capital investments and upgrades to ageing rental buildings through the Additional Rent Increase framework. UDI and other organizations have been calling on the Province to implement this framework for multiple years, and were pleased to see these changes come into effect to support tenants and rental providers.

These changes are intended to work alongside the funding program administered by UBCM to support municipal process improvements. The Province awarded $15 million in grant funding to 43 municipalities across B.C. to streamline their development approvals processes. UDI provided letters of support to several applications, and there were 13 successful Lower Mainland municipalities who will be receiving funding. UDI will continue to work with all of our local government partners to streamline the approvals processes and support the creation of more new homes.

The most recent, change came just weeks ago when the Ministry of Forests Lands, Natural Resource Operations and Rural Development (FLNRORD) released updated guidance for changes in and about a stream (CIAS) under the Water Sustainability Act (WSA). Updated materials will replace existing guidance, become effective on January 10, 2022 and include:

A User’s Guide to Changes In and About a Stream in B.C.; and
Requirements and Best Management Practices for Making CIAS in B.C.,.

UDI has been working with Provincial staff at the Ministry of FLNRORD on WSA permits and improving guidance on the associated requirements and will continue this work into the new year.

In September, $1.3 billion in Federal funding and estimated construction timelines were announced for the Surrey-Langley SkyTrain extension. The Surrey-Langley SkyTrain will extend the Expo Line from Surrey’s King George Station to the City of Langley at 203 Street, with construction expected to begin in 2024. As communities continue to grow in the Fraser Valley, the SkyTrain extension will provide much needed transit infrastructure for new and existing residents.

UDI also had the opportunity this year to host a webinar on the upcoming changes to the Draft Metro 2050 Regional Growth Strategy, as well as TransLink’s Transport 2050 Draft Regional Transportation Strategy. In October, UDI submitted a letter to TransLink regarding Transport 2050 Phase 3 and in November, UDI submitted a letter to Metro Vancouver staff on member feedback to Metro 2050. As Metro Vancouver’s population continues to increase, regional strategies play a key role in where housing and employment growth will be directed and reinforce the need to link land-use and transportation planning.

UDI has worked with staff in many municipalities across the Lower Mainland and Fraser Valley in the development of their Housing Needs Reports to meet the Provincial mandate. This was an opportunity to provide insight into building in each community and the challenges and opportunities in the delivery of housing.

UDI has also been actively involved in providing feedback to multiple municipalities as their tenant relocation policies came up for review this year. UDI will continue its work in this area in the new year, as the redevelopment of aging rental buildings throughout the region represents significant opportunity for the industry and municipalities to deliver much needed housing supply – which protecting tenants throughout the redevelopment process is integral to.

While there were many positive steps taken by municipalities this past year, we wanted to highlight a few where UDI and our members have been particularly engaged. In Coquitlam, the City amended its Water Distribution and Sewer and Drainage Bylaws. This will ensure that developments are not paying the rates for dwelling units not yet built – an issue UDI has regularly raised. The City has provided a bulletin detailing the new approach, which is effective January 1, 2022. UDI is very pleased with the outcome of this policy, which is now in line with other municipalities in the region.

In Surrey, City Council voted to implement a new approach, guaranteeing permitting timelines and the development process improvements to support the proposed timelines. This builds on innovative work that the City already has underway to digitize permits streamline processes.

Around the same time, the City of Vancouver launched a new Policy Enquiry Process for development proposals that do not comply with by-laws and policy related to rezoning. This new process provides a way for projects to advance through the enquiry process when they meet the City’s core objectives, but may not have enabling policy. UDI sees this as a positive step towards speeding up application timelines.

Lastly, on December 14th, Vancouver City Council approved the Secured Rental Policy (SRP) and changes to C-2 zones to enable up to six storeys for rental housing through the Streamlining Rental Around Local Shopping Areas proposal. UDI is supportive of this policy as it will promote the development of purpose-built rental in Vancouver, targeting local and regional housing goals. It will also allow rental to be built in transit-oriented neighbourhoods close to local shops and amenities, promoting the development of complete communities.

UDI looks forward to another busy year in 2022, with several major planning processes already underway including the Broadway Plan, Vancouver Citywide Plan and Fleetwood Area Plan in Surrey. UDI will continue to advocate on behalf of our members for positive changes to support development across the Lower Mainland and Fraser Valley.

UDI would like to take this opportunity to send a heartfelt thank you to the Chairs and members of our municipal liaison and issues committees. Your ongoing time and dedication to ensuring the success of the committees, and advocacy on various policy issues, is a fundamental part of UDI’s policy work to represent the interests of our members and the building industry

As we continued to navigate our “new normal” in the face of COVID-19, UDI hosted a series of virtual events including Webinars, Virtual Luncheons, Virtual Networking Events, and Project Tours. A few of our most attended webinars included: Building a Strong Partnership with First Nations Requires Acknowledging Canada’s History, Let’s Talk About Housing – A Conversation with Minister David Eby and Bob Rennie, and our Virtual Luncheon with Benjamin Tal.

This year we were thankful to have the opportunity to meet with members in-person at the rennie Outlook with Andrew Ramlo, the Vancouver and Fraser Valley Golf Tournaments, FortisBC School of Development, and UDI’s Holiday Reception. Thank you to all of the panelists and participants of our virtual and in-person events, we look forward to continuing these conversations on our ever-changing industry.

We hope you’ve enjoyed this year-end wrap up and wanted to take this opportunity to wish everyone a safe and happy holiday season. We look forward to continuing to work with our members and partners in the new year! 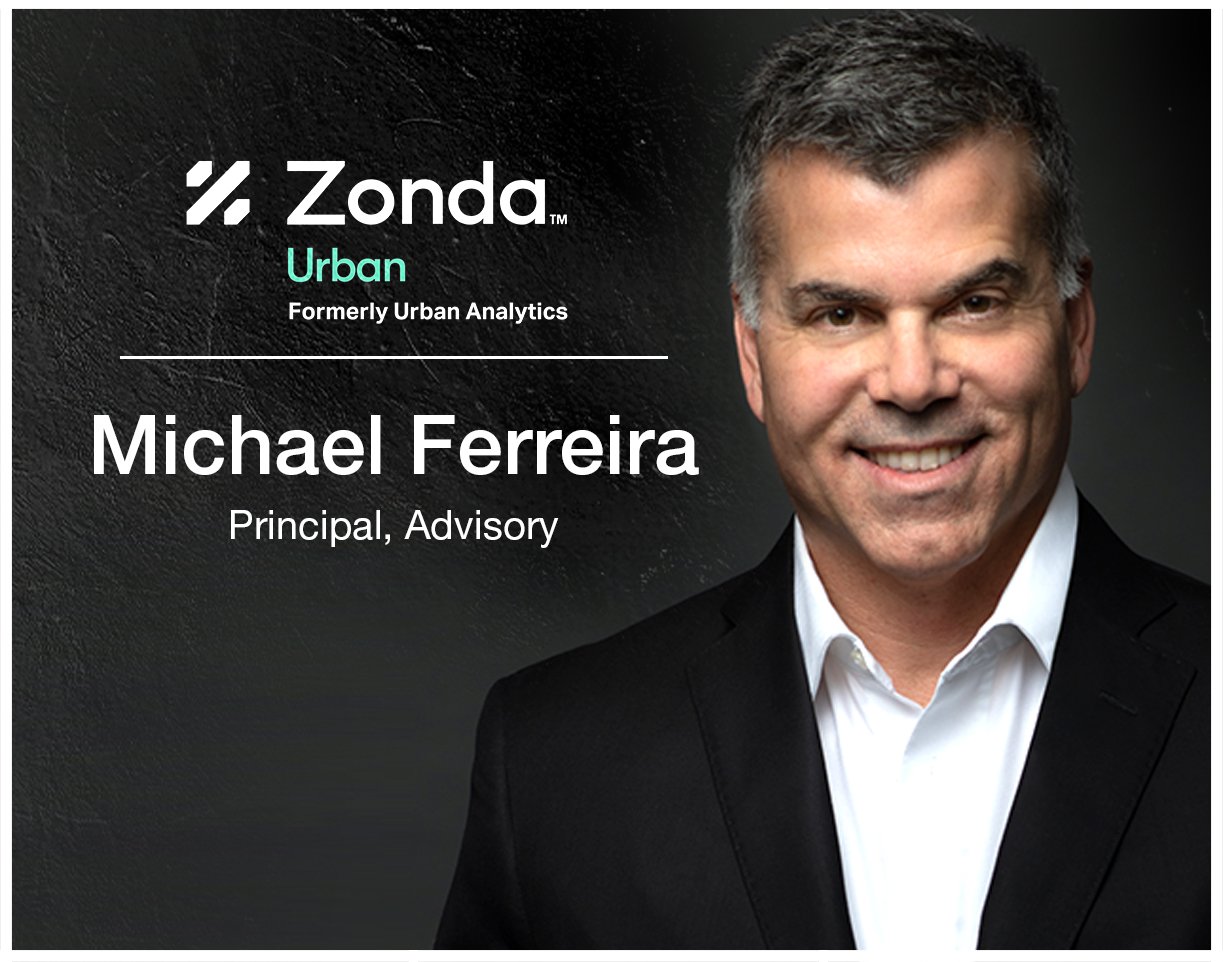 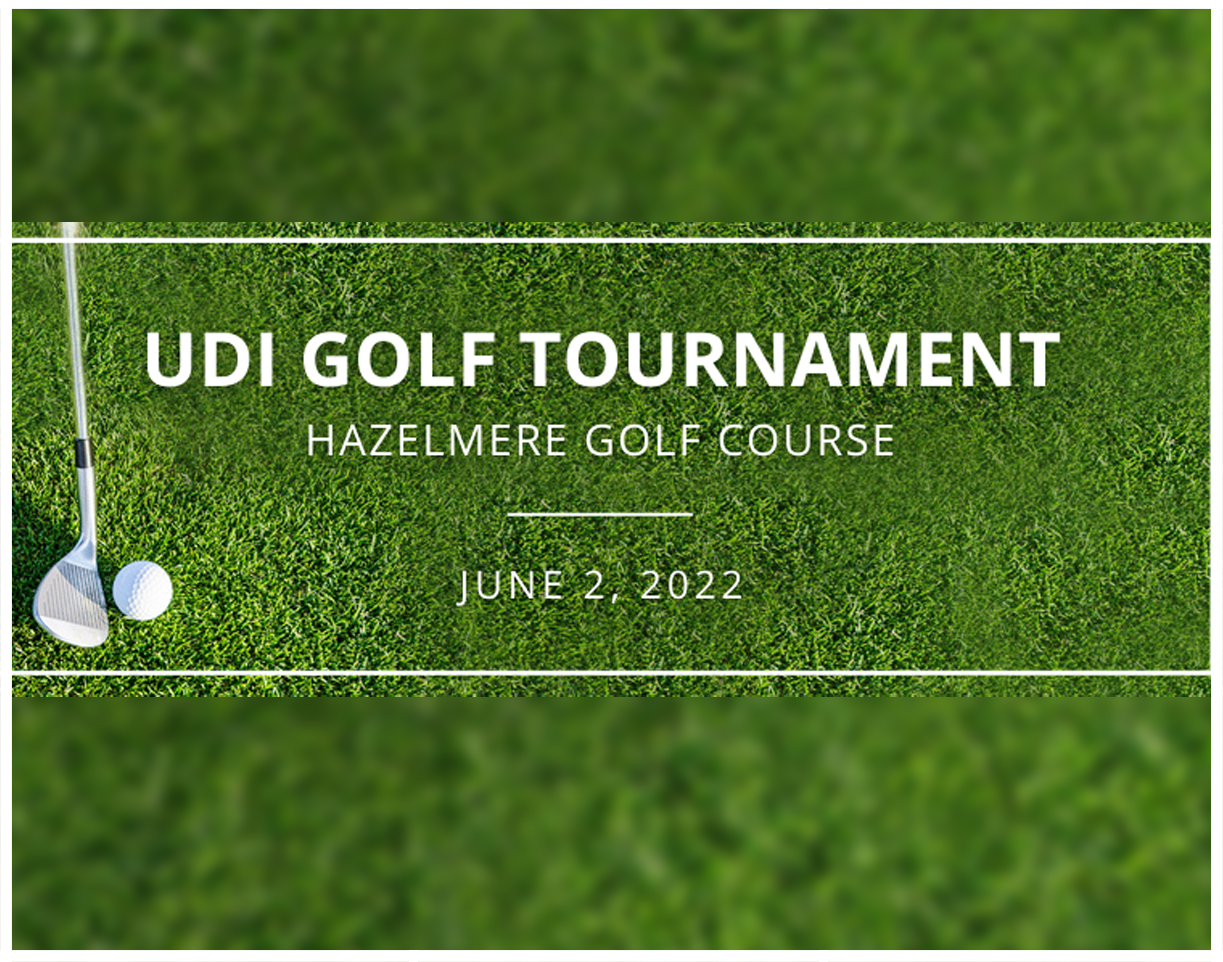 Join us for UDI’s Annual Golf Tournament in the Fraser Valley on June 2nd. Enjoy a round of golf at Hazelmere... END_OF_DOCUMENT_TOKEN_TO_BE_REPLACED 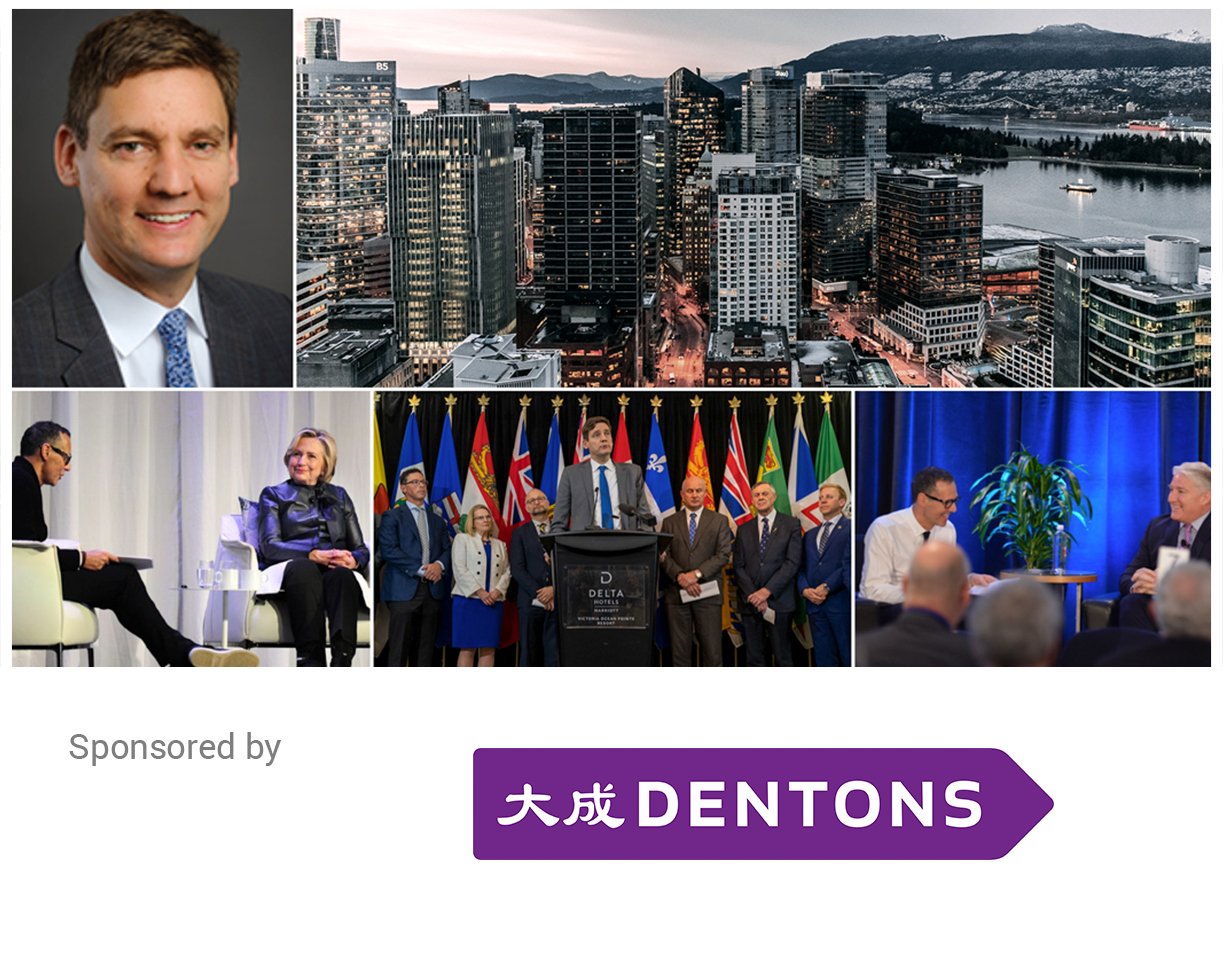