Some developers are claiming that the city of Vancouver’s backlog of development permits has gotten so bad, they are waiting years for approval.

“These are good rules, we make no apology for them.”–  Geoff Meggs, city councillor

Keith Roy, a home builder who chronicled his troubles in a blog, said he’s seen line-ups starting at six in the morning in front of city hall of people waiting for a permit checker.

“That’s what happens every morning at city hall,” he said.

“I get a different person and a different ticket every time I show up and nobody can make a decision,” he added.

“This is the biggest problem with the city of Vancouver.”

Roy started his house redevelopment plans in early 2015, and he expects to move in by mid-September.

Home designer Brynn Davidson of Lanefab Design says the triggering event was the introduction of a new building code in the middle of 2014.

“Everybody was trying to get their projects in before the new code came into effect, ” he said.

“So there was this tidal wave of new projects that came in.”

“The problem that we had was the city didn’t plan for this,” he said.

Hence this caused the bottleneck, he says.

On average, Davidson said the process of getting a design approved and permits takes:

“I almost encourage people to sell their duplex house and buy a single family one because the process is so onerous,” said Davidson. 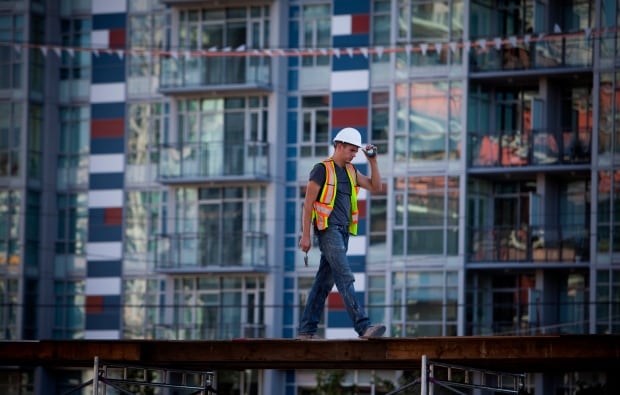 She said developers are often trying to negotiate with two departments.

“You’re building a building in the Gastown revitalization — for example — and you’ve got all these requirements from the Heritage department but in the environment department,” she said.

“So we’re having to go back to city hall, trying to negotiate with two departments….it makes it very, very difficult.”

The delays are preventing new homes from being added to Vancouver’s limited housing supply, which helps drive up prices, she said.

“We’re months, years behind,” she said.

Vancouver City Councillor Geoff Meggs said despite the complaints there have been record numbers of permit approvals in the past two decades.

“We’re trying to maintain that public oversight that protects the quality of the [housing] stock going forward,” he said.

“All of these rules that [they] find onerous have to be double-checked,” he added.

Must protect against cheats

Meggs said that council added $2 million to the budget to hire more support staff to deal with the permit backlog.

He also took issue with the developers framing the issue as one of housing affordability — saying their complaints are “self-serving,” and many developers achieved an enormous windfall waiting for the approval process because the value of the land went up 30 per cent.

“By all means, let’s bring on supply, and we’re happy to hear criticisms that suggest to improve our process,” he said.

“But we’re not going to sacrifice the quality of the housing, its environmental sustainability, its accessibility …These are good rules, we make no apology for them.”

This holiday season, we are excited to be able to host our UDI Holiday Reception in-person for our UDI Members, public... END_OF_DOCUMENT_TOKEN_TO_BE_REPLACED

This holiday season, we are excited to be able to host our Winter Social once again! Join us at the... END_OF_DOCUMENT_TOKEN_TO_BE_REPLACED

Our highly anticipated January Forecast is back and fully in-person! Tune in to this discussion on the big questions facing... END_OF_DOCUMENT_TOKEN_TO_BE_REPLACED